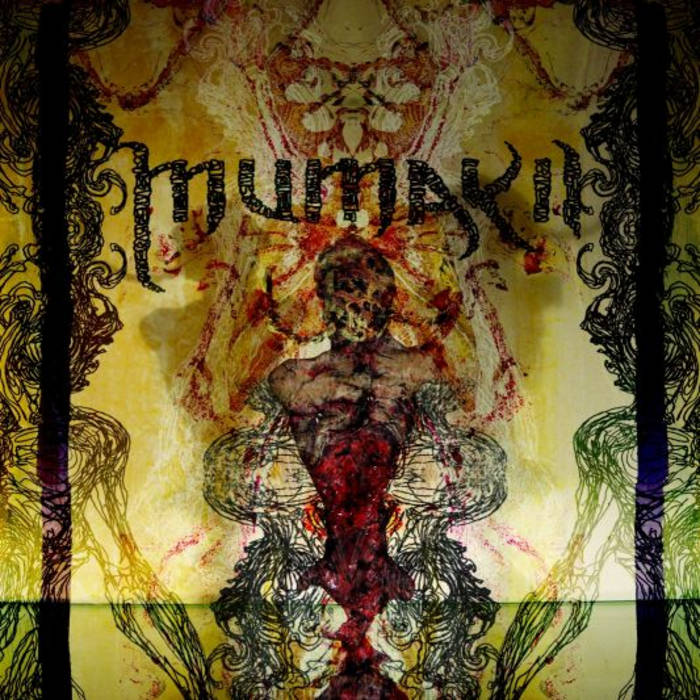 As far as grindcore 7″EP’s go, it doesn’t get fucking better than this… 12 songs clocking at over 14 minutes, this is the real deal!

This recording is basically the “Brutal Grind Assault” demo from 2005 pressed on vinyl with new artwork by Daniel Goudelis.

The Helvetians have signed since with Relapse. Some, but not all, of these tracks have been re-recorded for the band’s debut “Customized Warfare”. Rejoice though, because those early versions are possibly better: unclean, raw and without guttural vocals!

<<< Ponder the following analogy, if you will:

The Stop Whining EP: Customized Warfare :: Obscured By Clouds: Dark Side of the Moon.

Not only is Mumakil’s awesomely titled debut slab o’wax, The Stop Whining EP, one of the best named releases ever conceived, it is a near-perfect dry run of the subsequent grindcore smartbomb, Customized Warfare. Plus song titles (for the most part)! Early on it bears all the hallmarks of the band’s later development into a Euro-grind powerhouse.
This artifact from the Swiss Misters’ Neolithic past is carved from 12 giant blocks of super-dense granite grind that lacks the rounded edges of niceties of some of their later efforts. In fact, it sounds a tad like Circle of Dead Children’s pigsquealed death/grind brawl in spots. From the very first, Mumakil were compositionally gifted. “Tavernik Growl” bucks a groove like a pony that’s never been broken to the saddle. It paces and lopes with a rush of exhilaration and combative attitude.
However, Mumakil were still a young band and there was the occasional misstep. “Breu Breu,” which kicks off the second side is a thudding dud that threatens to bring the whole EP to a dead stop. It’s a poorly thought out doorstop of a tune that mopes in place without going anywhere in particular. But those are exactly the kind of growing pains to be expected before a band hits it stride. They got all of that out of their system before hitting the studio for Customized Warfare. So, if Behold the Failure wasn’t your thing, stop yer damn whining and give Mumakil’s earliest efforts a spin.>>> grindandpunishment.blogspot.com