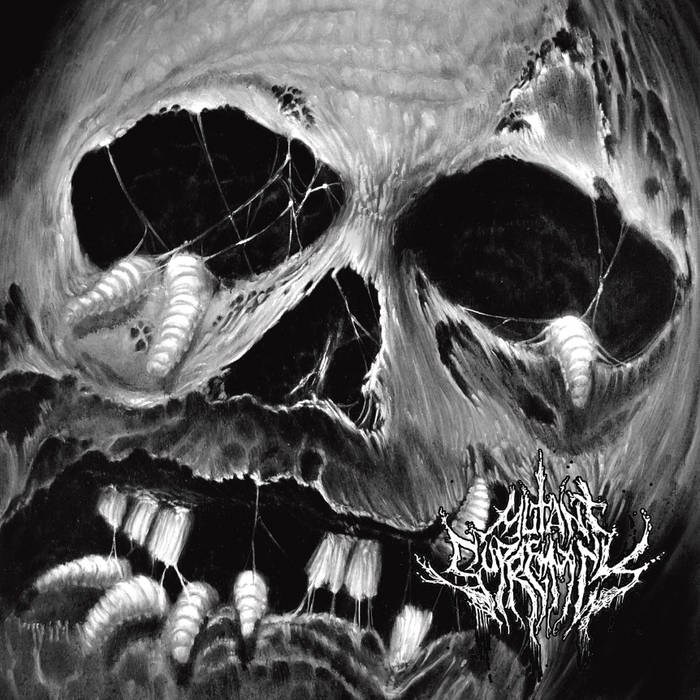 <<<Death Metal grave robbers Mutant Supremacy have looted a whole cemetery stocked with festering corpses named Bolt Thrower, Entombed and Cannibal Corpse. They're redolent of their obvious influences' stench just in case you couldn't seem them printed on their longsleeves. Mutant Supremacy's morbid tales and everflowing streams of aggression are not going to blow away anybody who's been paying attention to death metal at any point in the last two decades, but the performances are spot on and Rotting Season nails the scrappy, maggoty ambiance of a bygone era.
The four song EP, which was actually recorded back in 2010, states its intention off the bat with "Kill Without Question." The song divebombs onto the scene with full whammy bar abuse before chugging along in familiar Entombed mode. Mutant Supremacy ride that wave of retro classic death that puts more emphasis on hook and sepulchral atmosphere than the ability to play a gazillion notes a minute. "Memento Mori," which, naturally, closes out the proceedings, pulls that morbid creepy crawly opening before blasting up the remainders of the song. You can tell the tempo shift is coming, but it's still a fun moment when it happens.
While (judging solely by their promo photos) most of Mutant Supremacy where probably pooping their Pampers back when Death, Morbid Angel and Dismember were pooping out classic records, the quartet innately understood what made that era of metal special and do their best to recapture that vibe. While your nostalgia could probably be more adequately addressed by playing those classic records, Rotting Season is an adequate stopgap in a pinch.>>> grindandpunishment.blogspot.gr