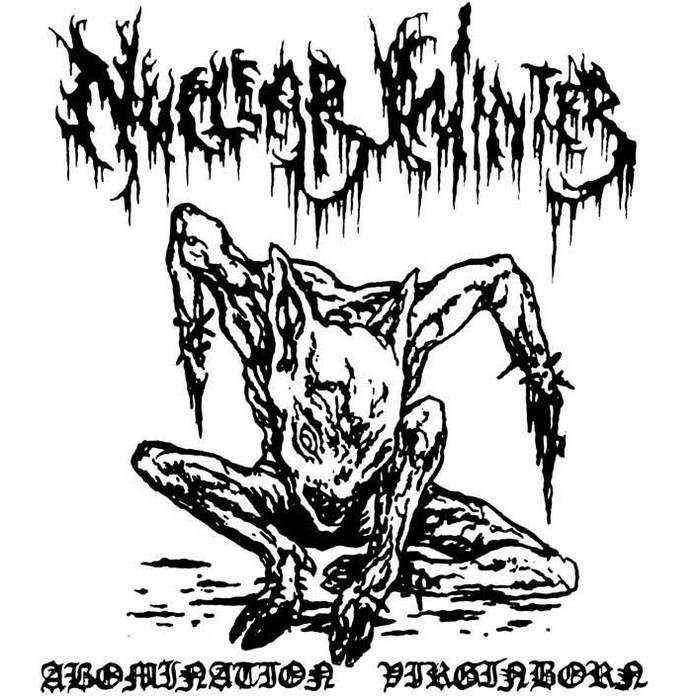 --- The band from the ashes of whom rose DEAD CONGREGATION!

--- “(…) even though it was recorded way back in 2003, everything about the “Abomination Virginborn” 7″ (which is actually a vinyl re-release of the band’s final demo) from Greek death metallers Nuclear Winter looks and sounds old school as fuck! And I love every minute of it! Three tracks in 12+ minutes of thick, chugging, early-90′s styled death metal with fucking excellent vocal power, slick melodic leads, the works… It just kicks ass, plain and simple. It’s sort of like a faster and less melodic Bolt Thrower in many instances, but the vocals lend a certain sense of primal aggression to the tracks that I fuckin’ love. Incredibly perfect recording for this niche, too. I’m sold. The sleeve looks killer as well, though. Everything about this EP just nails it.” (www.aversionline.com)

--- “(…) Nuclear Winter paid tribute to the past masters of dismal death over the course of three songs.
Unlike a lot of death metal, which insists on unremitting brutality and technical acumen, Nuclear Winter recognized that atmosphere was often a more important component. (…) There are no drum triggers, the blastbeats sound human, the riffs chainsaw, the art is suitably Hellhammered and the guitars are full of those pinched squealy sounds. This is death metal the way I remember it.” (grindandpunishment.blogspot.com)

--- Artwork by DTHS aka Timo Ketola.